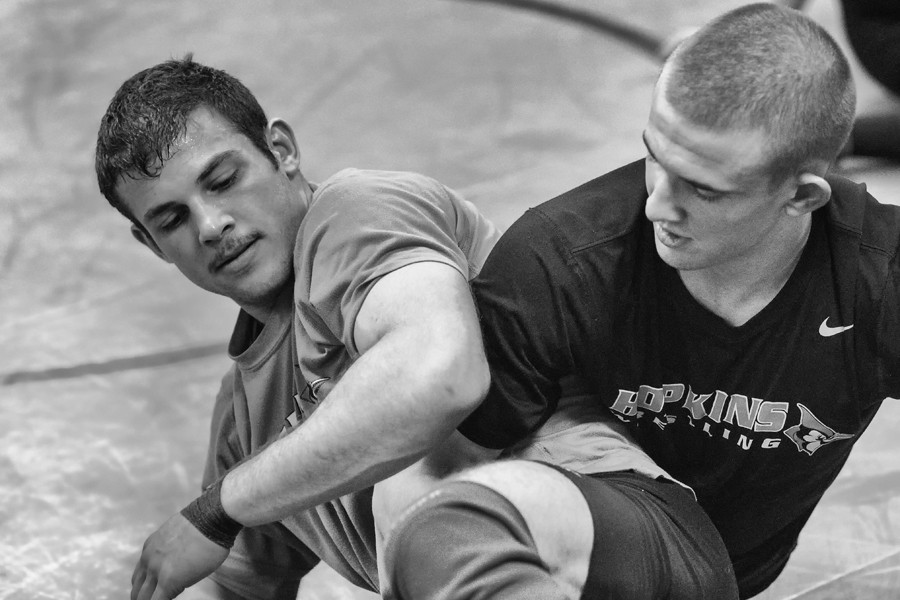 Johns Hopkins senior Paul Marcello finished as the national runner-up at the NCAA Division III wrestling championships in Cedar Rapids, Iowa, over the weekend, the best-ever finish at nationals by a JHU wrestler. 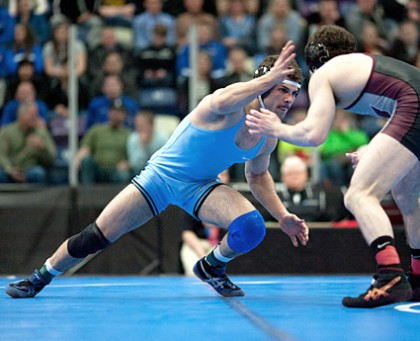 Marcello, winless in three previous trips to the NCAA meet, won three straight bouts at 141 pounds to advance to the championship match, where he faced third-seeded Adam Sheley of Wisconsin-La Crosse. After a scoreless first period, Sheley, the third seed at 141, started in the down position and quickly worked his way free to earn an escape point and grab a 1-0 lead. Marcello, seeded fifth, started on the bottom in the third period, and Sheley was able to hold him for nearly 90 seconds before surrendering the escape with 35 seconds left on the clock.

Marcello worked hard to try to secure a takedown in the closing seconds, but Sheley eluded him each time and held on for the 2-1 win, earning the decisive point on riding time.

"He ran away from me," Marcello said. "I was disappointed. I let a shot at the title slip through my fingers. I should have taken more chances. ... [But] I was able to take a step back later and appreciate what I had just done a bit more."

Marcello finished the season with 29-9 record, becoming the first national finalist in Johns Hopkins history and just the fourth wrestler in Centennial Conference history to advance to the national championship match in any weight class.

"I hope he understands that he's left his mark," JHU coach Keith Norris said. "Afterwards, he was upset. He didn't feel like he wrestled the best match he could. But it was a great accomplishment. This is something we can build on."

Marcello started his run to the championship final on Friday afternoon with a second-period pin of Wisconsin-Platteville's Tyler Henken. In the quarterfinal round Friday night, he earned a 5-3 decision over fourth-seeded Jake Fredricksen of Wisconsin-Whitewater, setting up a semifinal showdown with top-seeded Joe Grippi of Springfield. Grippi entered the match with a 13-0 record, having missed six weeks earlier in the season due to injury, but Marcello scored a two-point takedown at the buzzer in a sudden death overtime period to score a 3-1 victory and claim a spot in the final.

"I had my eyes on the big picture the entire time," Marcello said. "I knew I would have to face the No. 1 seed, but I had wrestled him before and I nearly beat him. I lost by just one takedown. I felt I had his number. And I had been visualizing another match with him since that loss. I was looking forward to the rematch."

Marcello is the fourth All-American in school history—a distinction reserved for the top eight finishers in the nation in each weight class—joining Reid Mosquera (8th at 197) and Paul Bewak (7th at 125), who both earned All-America honors in 2012, and Eric Fishel, who placed eighth in 2008. Marcello concludes his career with a 76-28 record.

Bewak also represented the Blue Jays this weekend as the third seed at 125 pounds. He lost two matches and finished the season with a 31-5 record.