Host Syracuse scored five of the game's final six goals to secure a 13-8 win against the Johns Hopkins men's lacrosse team at the Carrier Dome on Saturday afternoon.

The fourth-ranked Blue Jays (5-2) got on the board first on a goal by freshman Holden Cattoni, but the Orange scored six straight goals to go up 6-1. JHU battled back to within one goal in the third quarter, but No. 11 Syracuse (4-1) finished strong for its sixth victory in the past seven matchups with JHU.

The Blue Jays visit No. 9 Virginia on Saturday at 4:30 p.m. The game will be broadcast by ESPNU. 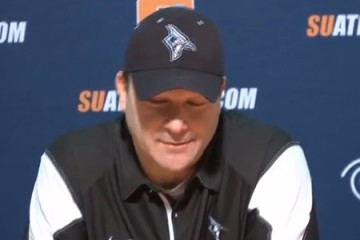