Sophomore Wells Stanwick scored a career-high five goals, and the Johns Hopkins men's lacrosse team pulled away in the second half for a 19-9 win against Mount St. Mary's on Tuesday at Homewood Field. 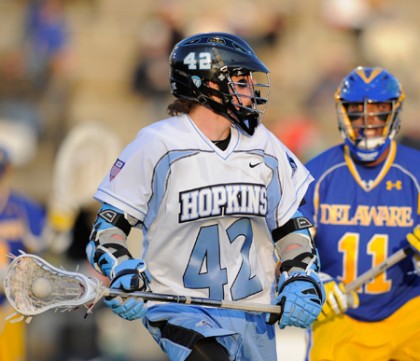 Stanwick had a career-best four assists to go with his five goals, and Brandon Benn scored four times to give him a team-high 18 goals for the season. John Ranagan and Rex Sanders each scored twice for the Blue Jays, John Greeley had four assists, senior Mike Poppleton won 15 of 21 faceoffs, and goalkeeper Eric Schneider made four saves.

Johns Hopkins hosts UMBC on Friday at 5 p.m. The game will be televised on ESPNU.