The south building at Johns Hopkins at Keswick will reopen Wednesday, university officials announced, adding that they have "complete confidence" the building is safe for employees after two separate outbreaks of illness in the past week.

On Monday, about a dozen employees complained of symptoms including headache, nausea, and dizziness, and the building was closed Tuesday. About two dozen employees reported similar symptoms last week, prompting a precautionary evacuation. The first outbreak of illnesses was eventually attributed to contaminated water from a hot water heater that harbored a source of nitrates and nitrites.

"Late yesterday, we learned that the nitrites that made employees sick last Tuesday were accidentally infused last Monday afternoon into the hot water heater serving the affected half of the south building," they wrote. "This knowledge corroborates our strong belief, based on hundreds of tests since last week, that this one hot water heater was the source of those illnesses. That hot water heater was cut out of the system last Wednesday and has since been replaced. We have flushed the water in the system repeatedly. And we have tested the water repeatedly. The test results are negative."

The negative results were confirmed by tests done by the Baltimore Fire Department and city and state health departments, they said.

Petereson and Ennis said that additional steps will be taken to ensure the safety of all employees:

"To be absolutely clear, we are confident that water in the building is currently safe," Peterson and Ennis wrote. 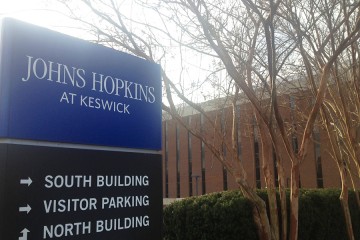