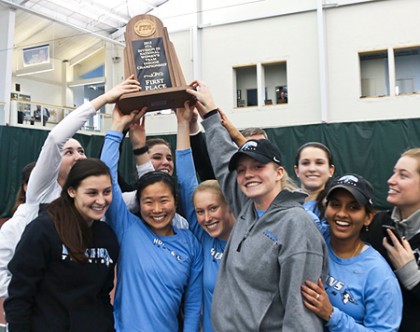 Johns Hopkins (3-0) trailed 4-2 against the Tartans in the championship round, but won the final three singles matches to rally for the victory. Shannon Herndon, Sydney Lehman, Abby Clark, and Stephanie Rettig all won singles matches for the Blue Jays, and Rettig and Lehman also teamed for JHU's lone doubles point.

The Blue Jays return to the court March 20 when they visit Trinity in San Antonio, Texas.