Each year, the Johns Hopkins University's School of Advanced International Studies in Washington, D.C., publishes SAISPHERE, an in-depth look at a pressing issue or topic in our world. The recently 2012-13 issue of the annual magazine asked members of the faculty, scholar, student, and alumni community to explore the theme, "Cities Lead the Way for Global Change." 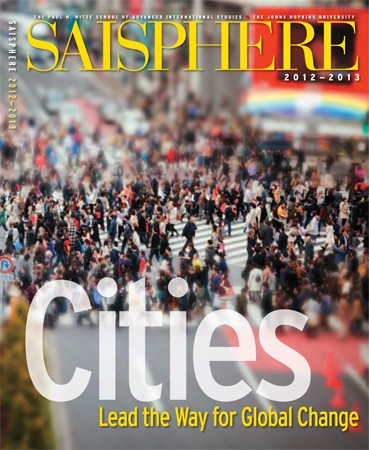 "Ours is the century of cities," SAIS Dean Vali Nasr writes in his opening essay. "Already by 2010, 50.5 percent of the world's population was living in urban areas. In a few decades that number will rise to 70 percent. During the 21st century, the world as we know it will be defined by the tempo, geography and challenges of city life. Cities will be hubs of commerce, culture and technology. This is not entirely new to world history. Going back to medieval burghers of northern Europe and grand cities of China, India and the early Islamic empires, cities have been where culture and innovation have shaped civilization. But the pace and manner in which the realities of city life will define politics, economics, global relations, climate change, energy consumption and integration of our world into one shared global reality is new. It represents the next frontier in human development."

The issue includes a special Q&A with New York Mayor and 1964 JHU graduate Michael Bloomberg about the role cities and their mayors must play in leading policy changes, an essay written by Johns Hopkins University President Ronald J. Daniels, and statements from the mayors of Washington, Bologna, and Nanjing—home to SAIS's three campuses—about the biggest challenges facing their cities. 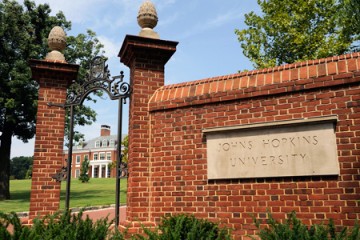 Published Feb 27, 2013
No longer islands of privilege in a sea of need, urban universities use their talent, treasure to transform local communities / SAISPHERE