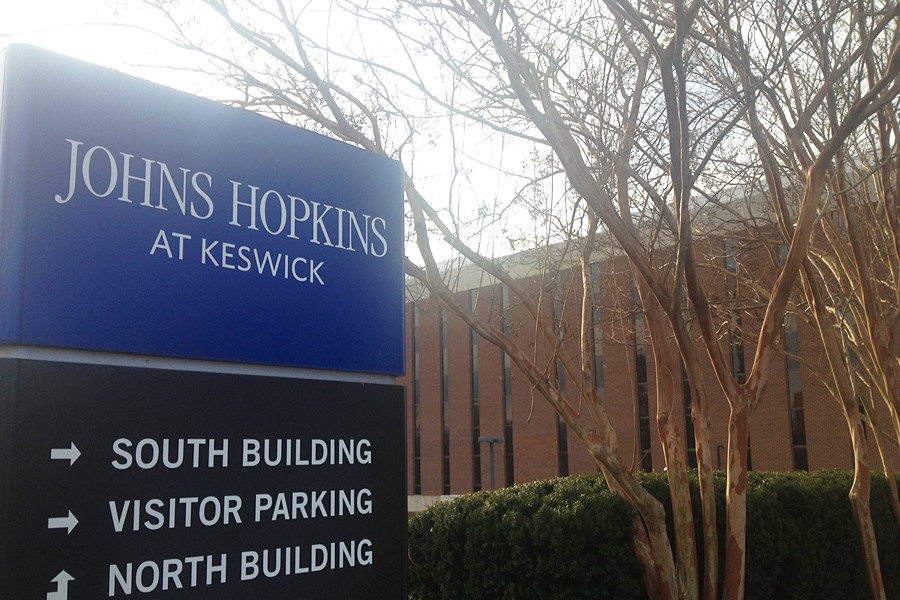 City and state health workers found that the heater harbored a source of nitrates and nitrites, which can cause the types of symptoms employees reported, including headaches, nausea, difficulty breathing, and light-headedness. At least 23 employees reported experiencing symptoms, including 17 who were transported by ambulance to local hospitals on Tuesday.

Many of the employees who reported symptoms had come in contact with water from the heater on the north side of the Keswick complex's south building, officials determined, either by cooking food, preparing hot beverages, or using the restroom. Once the heater was identified as the source of the contaminated water, it was cut out of the system. Restrooms, sinks, and other hot water sources served by that heater will be out of service while the investigation continues.

"We extend our deepest regrets and apologies to those employees who became sick for their discomfort, and to all affected employees and their families for the disruption and concern they have experienced over the past two days," Ronald R. Peterson, executive vice president of Johns Hopkins Medicine, and Daniel G. Ennis, senior vice president for finance and administration for Johns Hopkins University, wrote in a message to Johns Hopkins employees.

The north building, where another 300 employees work, was not evacuated and there were no reports of illness there.

The Fire Department, EMS, and Hazardous Materials Unit inspected both buildings throughout the day Tuesday and found no airborne safety issues. City and state health officials continued to try to determine the source of illness Wednesday, and both of the complex's buildings were closed to allow them to work.

Employees who work at the Keswick complex and experience illness symptoms were encouraged to contact their primary health care provider or seek other medical attention.

Published Feb 26, 2013
16 people transported by ambulance after complaining of nausea, light-headedness; cause remains under investigation