Family and friends of former Johns Hopkins student Nathan Krasnopoler will mark the second anniversary of the accident that claimed his life and honor his memory with a memorial bike ride today. 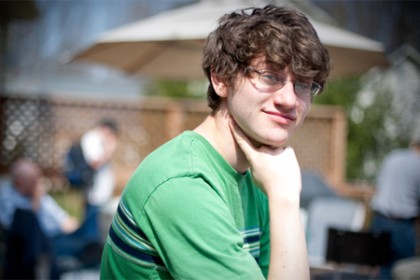 Krasnopoler, a 20-year-old computer science major and a member of the class of 2013, was severely injured Feb. 26, 2011, when he was struck by a car while bicycling on University Parkway near the Homewood campus. His family said that, though he was wearing a helmet, he suffered irreversible cognitive damage because his breathing was stopped and the flow of oxygen to his brain was interrupted. Krasnopoler died on Aug. 10, 2011.

The memorial ride begins at 6:30 p.m. in front of the Broadview Apartment building on University Parkway, the site of the accident. Students, area residents, and members of the bicycling community are invited to participate.