New York to DC on a gallon of gas 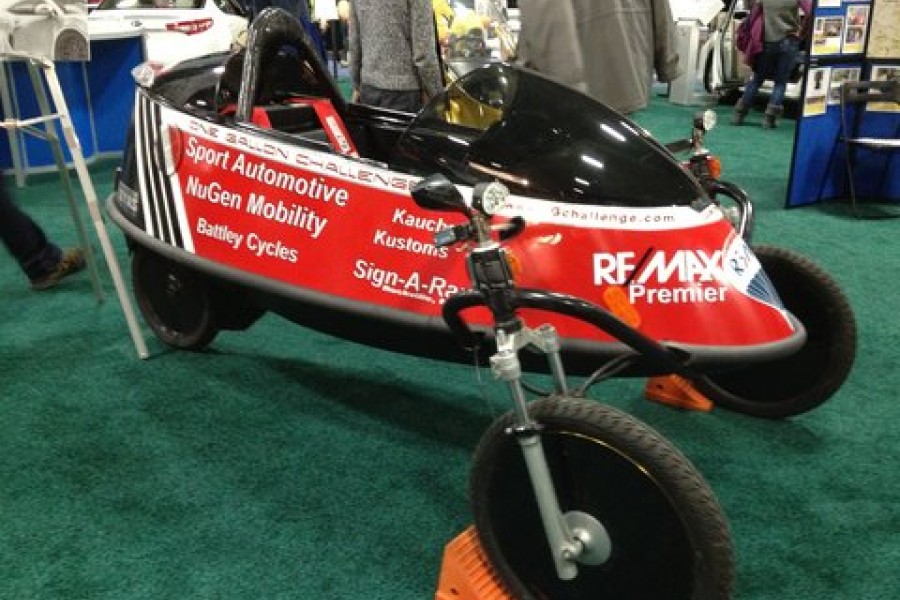 Rami Bedewi, a freshman studying mechanical engineering at the Whiting School of Engineering, was featured in the New York Times' "Wheels" blog for the one-seat, three-wheeled hybrid vehicle he designed to be able to travel from New York to Washington on one gallon of gasoline.

Rami Bedewi made four stops (five if you count the police officer who pulled him over in Delaware to check for registration) before rolling into his high school's parking lot in North Bethesda, Md.

The trip consumed one and a quarter gallons of gas, but he could have made it with less than a gallon if he had fully depleted his battery the last 50 miles, he said. Instead, he finished the trip on a fully charged battery, using an extra quarter gallon of fuel.

One Gallon Challenge was on display at the 2013 Washington Auto Show.