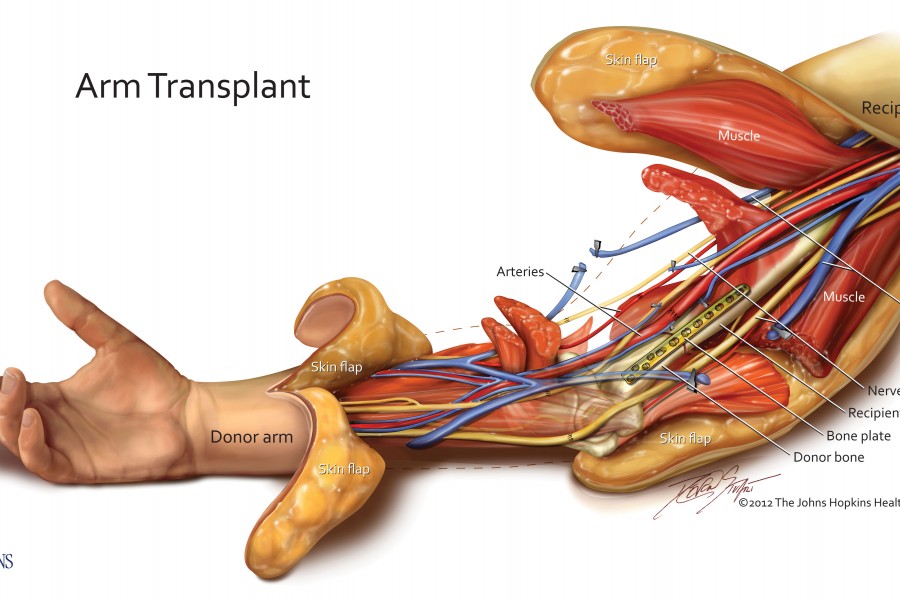 The Washington Post reported on Monday that a team of surgeons from Johns Hopkins Hospital had performed a rare double arm transplant on a former soldier.

Brendan Marrocco, 26, lost all four of his limbs in an explosion three years ago, when he was serving in Iraq. Last month, a team of transplant experts, led by W.P. Andrew Lee, professor and chairman of Johns Hopkins' Department of Plastic and Reconstructive Surgery, performed the multihour operation. It was only the seventh successful double arm transplant performed in the United States.

Lee said results in such cases have been good, although transplanted arms are never going to have 100 percent of the function of the limbs they replace. But he said patients have learned to tie shoes, use chopsticks, and put their hair in ponytails.