Who will win the Super Bowl? 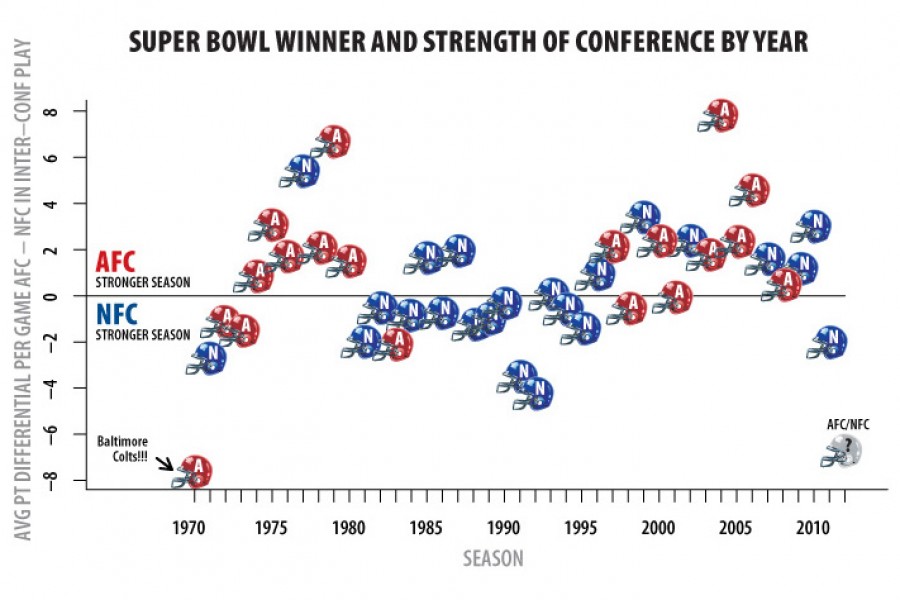 Image caption: For each season, a helmet is displayed whose horizontal position represents the season, and whose vertical position indicates the average point difference between the AFC and NFC teams in inter-conference play during that season. The helmet appears above or below the horizontal line depending on whether AFC scored more points, or fewer points, on average, than the NFC in their meetings that season. The winner of the Super Bowl for a given season is indicated by the color of the helmet.

With the 2013 Super Bowl less than two weeks away and his hometown Baltimore Ravens raring to go, Johns Hopkins math expert Daniel Naiman has run the numbers. He found that his favorite team faces some tough odds but also has some upbeat history on its side. 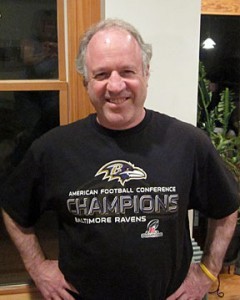 Naiman, a professor and chair of the Department of Applied Mathematics and Statistics in the university's Whiting School of Engineering, analyzed National Football League data from the modern era, which began in 1970. That was the first year when the league was divided into two conferences, the AFC and the NFC, with the playoff winners of each conference earning the right to compete in the Super Bowl.

"I calculated the average point difference that occurred during each season whenever AFC and NFC teams played one another," Naiman said. "A 10-7 victory, for example, resulted in a three-point difference. I averaged these figures from AFC-versus-NFC games each year to try to determine which conference was 'stronger' in any given season."

Analyzing 42 years of the modern era, Naiman found that there have been 22 instances in which the AFC had a stronger season; among these, the AFC team won the Super Bowl 13 of those times, that is, 59 percent of the time. In 20 instances, the NFC had a stronger season, and its team won the Super Bowl in 14 of those years, a winning percentage of 70 percent.

But what about the 2012 season, which will wrap up on Feb. 3 with the AFC's Ravens facing off against the NFC's San Francisco 49ers in New Orleans? Naiman has determined that in 2012, the NFC teams had their best year in knocking off AFC opponents since 1970, beating rival conference teams by an average of 5.6 points. Does that mean the Ravens are doomed?

Not so fast, says Naiman, who calls himself a purple-bleeding die-hard Ravens fan. "This is just one curious pattern that might help in making predictions," he says, "and there are many other ways to slice and dice the football data."

Moreover, he notes, there are several reasons why the Ravens cannot be counted out, starting with their recent underdog playoff victories against the Denver Broncos and New England Patriots.

Beyond those wins, there is an interesting footnote from the first season of the modern football era, when, according to Naiman's review, the NFC appeared "super strong" in defeating its AFC rivals by an average of 7.8 points, the biggest such margin in the modern era. Nevertheless, the 1971 Super Bowl was won by Baltimore's AFC team at the time, the Colts, who clobbered the Dallas Cowboys, 16-13.

Prof. Naiman is available for media interviews on this topic. Contact Phil Sneiderman. 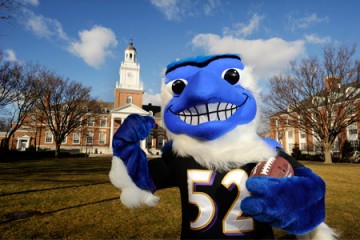 Published Feb 1, 2013 Video
Watch the Blue Jay do the Ray Lewis #52 dance. Wishing the Baltimore Ravens the best of luck in the Super Bowl! 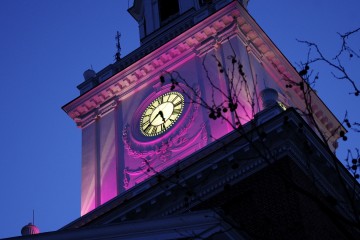 This is Ravens territory