Suddenly, a dodgeball game breaks out 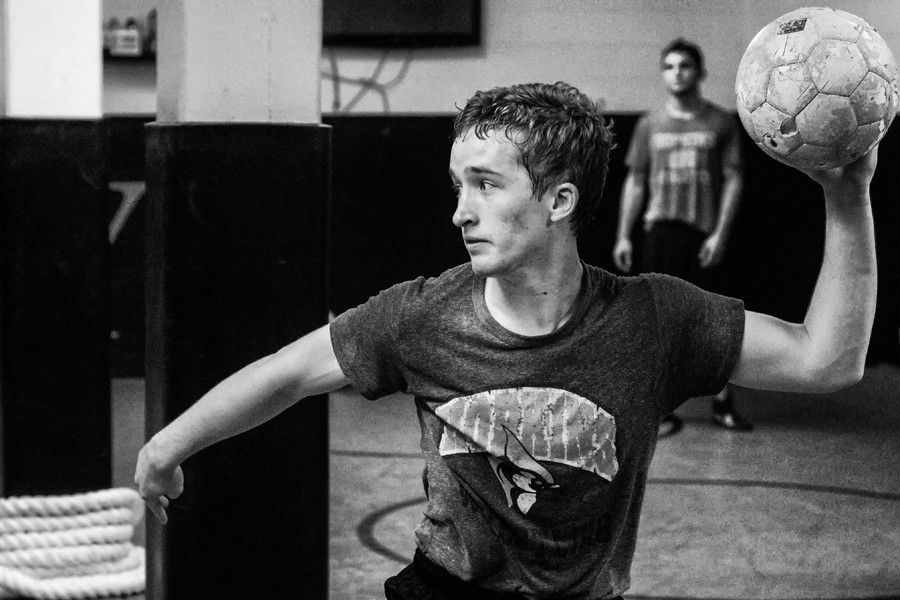 Image caption: Junior Hugh Bahe, who wrestles at 149 pounds, prepares to hurl a dodgeball at one of his Blue Jays teammates during a game of dodgeball after a recent JHU wrestling practice session.

For the last five months, I have been taking photographs of Johns Hopkins varsity athletes. The pictures are for a year-long documentary project on athletes at practice, which will culminate in a photo essay for the Fall 2013 issue of Johns Hopkins Magazine. By the end of May, I will have snapped thousands of pictures of Blue Jays on the practice field, in the gym, in the weight room, and in the pool.

The project grew out of my thinking about sports coverage by newspapers and magazines, including my own. The norm is reporting and pictures from competition, the latest game or meet or tournament. But if you are a starter on the football team, you may spend no more than 25 or 30 minutes actually on the field playing the game. You will have spent something like 10 hours or more in practice and conditioning during the week before kickoff. Of the time a varsity athlete invests in his or her sport, 90 percent of it will not be in competition, but in practice. Practice is what athletes mostly do.

I am shooting every varsity sport, and a few days ago I was in the athletic center to photograph wrestling practice. For two hours, I watched strong, tough young men grind their way through calisthenics and drills until they were bent over and blank-faced from fatigue. Near the end of the session, coach Keith Norris shouted for attention and had them count off. He then ordered the odd numbers to stand on one side of the wrestling room, evens on the other. It was time for a little dodgeball. His tired athletes needed to unwind and end the day with some fun.

The wrestling room is big enough to accommodate 18 wrestlers practicing holds, takedowns, and escapes. But it seems to shrink when they start hurling a dodgeball at one another. Norris pointed me toward the safest place to stand, and I kept shooting. Several times, wrestlers who had been knocked out and were sitting near me courteously stuck out a leg or arm to block a ricochet headed my way, which I appreciated.

Practice had been work, not fun, and the athletes' faces had reflected that—serious, focused, sometimes grim. But dodgeball had them smiling and laughing and clowning around, thoroughly enjoying the chance to smack a teammate silly with a ball. After four rounds, Norris called a halt. The wrestlers headed for the locker room, and he retrieved the ball and set it on a shelf, until the next time it was needed. 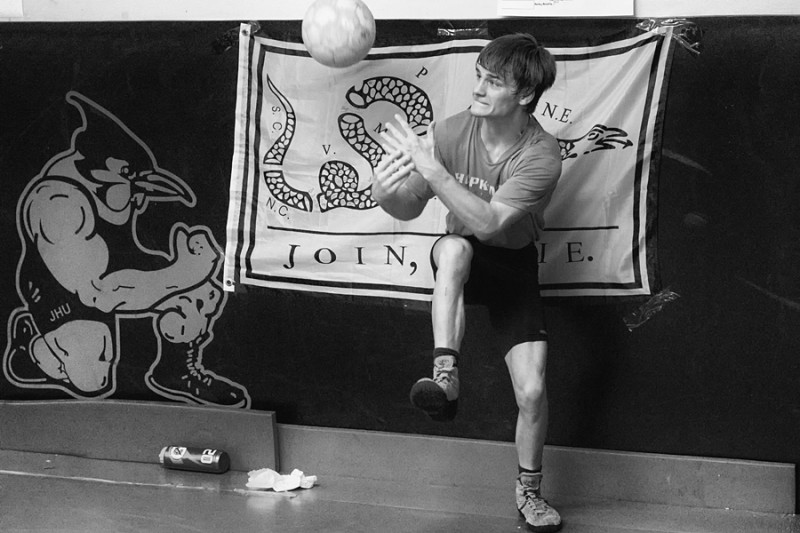