In fiscal cliff standoff, compromise is not the answer

In Thursday's edition of The Baltimore Sun, Carey Business School assistant professor Brian Gunia writes about the fiscal cliff, which, if you've tuned into the news lately, you know is "looming."

On the off chance you've never heard of said cliff, it's, in short, a series of tax increases and spending cuts aimed at U.S. deficit reduction that will automatically go into effect at the end of the year should Congress and President Obama fail to agree to a different solution. We hesitate to use the word compromise because, well: "Put simply," Gunia writes, "compromise does not satisfy everyone; it satisfies no one."

Rather, Gunia suggests, Democrats and Republicans should look for an integrated solution that leaves both sides somewhat satisfied. Easier said than done, of course, but Gunia says research suggests integration is the way to go.

Compromise versus confrontation is a false choice; integration is better than both. An old story by management theorist Mary Parker Follett captures this message concisely. Two sisters, fighting bitterly over a single orange, decide to divide it in half. One sister then squeezes the inside of her half for juice; the other peels the outside of her half for garnish. Only then do they realize that compromise left each sister half-satisfied; integrating by giving one sister the outside and one sister the inside would have made both better off. Let's hope that the budget negotiations prove more fruitful. 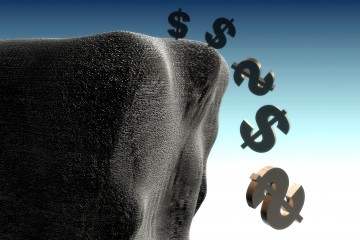