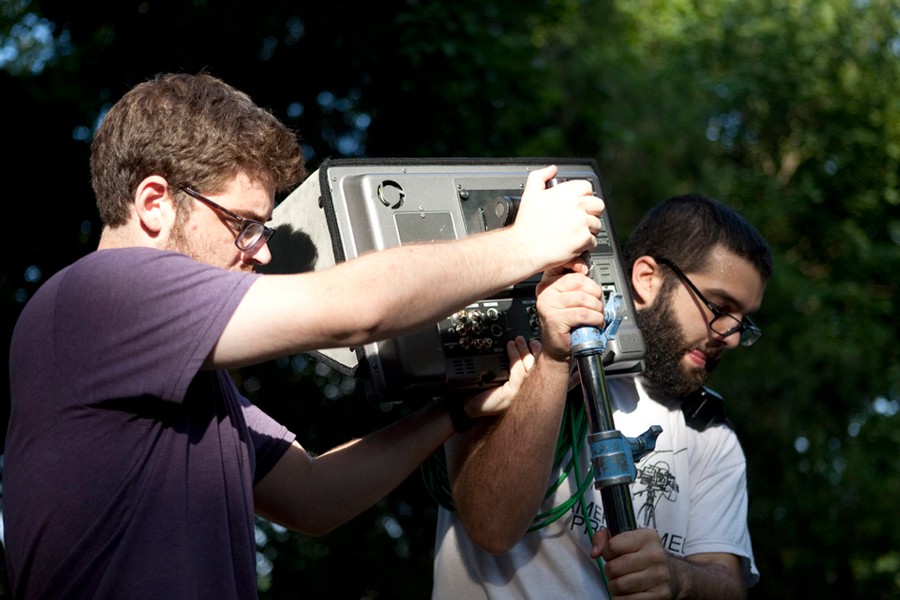 Porterfield's latest, I Used to Be Darker, follows a pregnant Irish runaway to Baltimore, where she seeks help from her aunt and uncle, who are having marital problems. The movie explores divorce and the changes that ensue when two people separate. The film, completed over the summer, will be shown at the Sundance Film Festival in January. A trailer for the film can be viewed online.

"I like to create an atmosphere where people are learning on the job. It makes everybody work a little harder and gives the production process more meaning and fresh energy," says Porterfield, 34. "Our film and media studies students are extremely capable and dedicated, but most haven't had the opportunity to work on a feature film shoot. After three or four weeks on set, they're even better prepared to work in the industry."