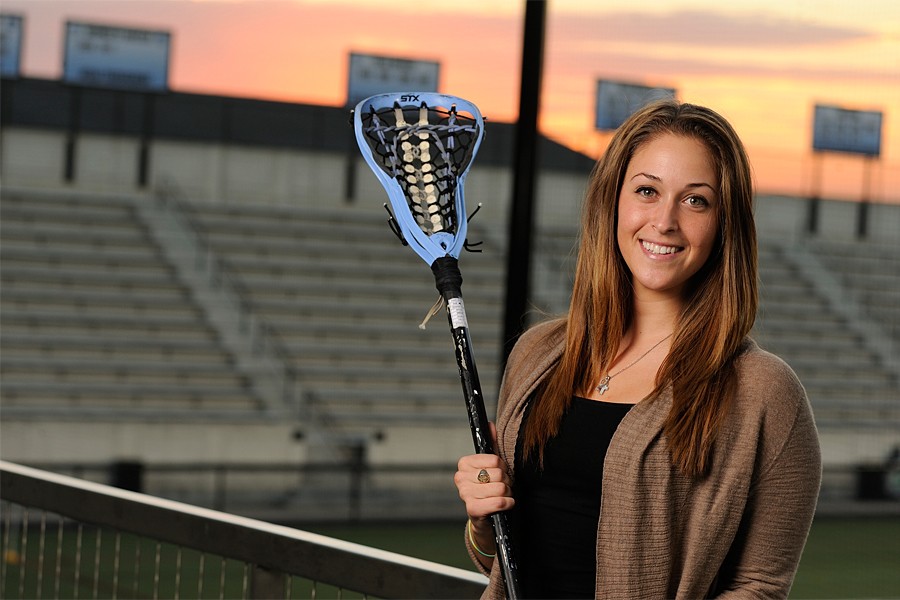 Image caption: Rachel Ballatori, former captain of the Johns Hopkins women's lacrosse team, helped turn a fall tournament into a fundraiser last year after her father was diagnosed with a rare form of cancer. The first Stick it to Sarcoma fall play-day raised $15,000 for the Johns Hopkins Sarcoma Center. This year's event takes place on Oct. 27 at Homewood Field.

Rachel Ballatori wanted to do something to help.

Her father had been diagnosed with a rare form of cancer, and Rachel, then a co-captain of the Johns Hopkins women's lacrosse team, was 350 miles away.

"I felt very helpless at school," says Rachel, a native of Rochester, N.Y. "He was at home, he was going through all of this. ... I missed home. I wanted to be there."

When teammate Brianna Cronin suggested putting on an event, Rachel had the idea to transform the final event of the fall lacrosse season into a fundraiser.

Her idea became reality last October, when Johns Hopkins hosted the first Stick it to Sarcoma fall play-day and faced off against Cincinnati. The event raised $15,000 for the Johns Hopkins Sarcoma Center.

"Watching our team rally around Rachel and her family last year to support the Stick it to Sarcoma tournament was nothing short of amazing," JHU women's lacrosse coach Janine Tucker says. "It was a tribute to Rachel and her dad—his courage and strength battling angiosarcoma, and Rachel's determination to do something meaningful in honor of her dad and to help in the fight against sarcoma."

The event will be held again this year, as Johns Hopkins plays host the second Stick it to Sarcoma play-day on Saturday, Oct. 27. It's lacrosse with a mission, a fundraising effort dedicated to the eradication of a disease that accounted for about 1% of the estimated 1.6 million new cancer diagnoses in the U.S. in 2011, according to the American Cancer Society, and can be difficult to treat.

In November 2010, Rachel's father, Ned Ballatori, was diagnosed with an angiosarcoma, a malignant cancer that affects the blood or lymphatic vessels. Research currently being done at Johns Hopkins and elsewhere is vitally important to finding new ways to treat this disease.

"In Rochester, they gave him three months, and he made it 13," she adds. "I don't like to listen to those numbers, and I'm very grateful for what Hopkins gave my family—just a little extra time."

This year's Stick it to Sarcoma event will be larger than last year's—Johns Hopkins will be joined by George Mason, Mount Saint Mary's, and UMBC in a round-robin tournament beginning at 9 a.m. at Homewood Field. Admission is $5, with proceeds again going to the Johns Hopkins Sarcoma Center.

There will also be raffles, games, a silent auction, T-shirts, and a "fashion truck."

"What I've been emphasizing this year is that I don't want it so much to be purely about sarcoma," Rachel says. "Although it's very near and dear to my heart, I know that I could ask everyone, 'Do you know someone who has or has had cancer?' And I guarantee that each person could name three people very quickly.

"I want this to be an empowering event for everyone," she adds, "the people themselves, a parent, a grandparent, a cousin—anyone. Anyone who has been touched by (cancer)."

For more information about the Stick it to Sarcoma fall play-day, visit the event's Facebook page.

Kevin Cryan is a sophomore history major from Southport, Conn. Read more of his work at Hopkins Interactive 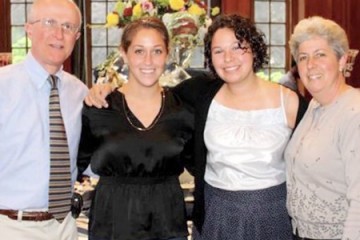 Stick it to Sarcoma play-day supports fight against cancer