The Johns Hopkins football team will hit the road for the first time this season when it visits Susquehanna in Selinsgrove, Pa., on Saturday at 1 p.m. The game is the Centennial Conference opener for both teams.

The Blue Jays (1-0) are coming off a 36-13 win against Randolph-Macon and are looking for their 16th consecutive regular-season win. JHU piled up 510 yards of total offense against the Yellow Jackets, including 344 rushing yards. Sophomore linebacker Hani Annabi, who had 10 tackles and forced a fumble in the victory, was named the conference defensive player of the week. 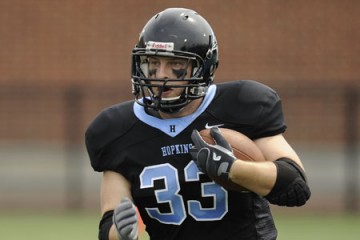