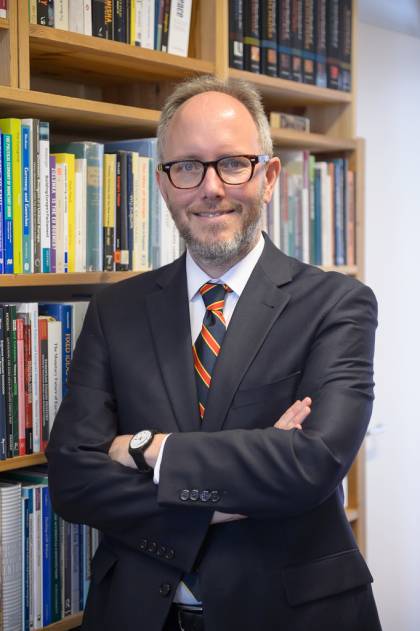 Erik Jones is director of European and Eurasian Studies at the Johns Hopkins University School of Advanced International Studies (SAIS), where he is also a professor of international political economy.

Jones is author of "The Politics of Economic and Monetary Union" and "Economic Adjustment and Political Transformation in Small States," and is co-author of the 2014 book, "Weary Policeman: American Power in an Age of Austerity."

His most recent book is a collection of short essays from 2014 called "The Year the European Crisis Ended." He is editor or co-editor of more than 20 books or special issues of journals on topics related to European politics and political economy.

Jones is a frequent commentator on European politics and political economy whose contributions have been published in, among others, the Financial Times, the New York Times, USA Today, and newspapers and magazines across Europe. He has written extensively on European monetary integration and macroeconomic governance and has been active in public debates about the European response to the global economic and financial crisis. He is also co-editor of "Government and Opposition" and he is a contributing editor to the Institute for International and Strategic Studies journal Survival.

U.S. and German relations at a crossroads as Afghanistan crisis unfolds

The EU says it’s going to get tough on trade — and that could have ramifications for U.S., China