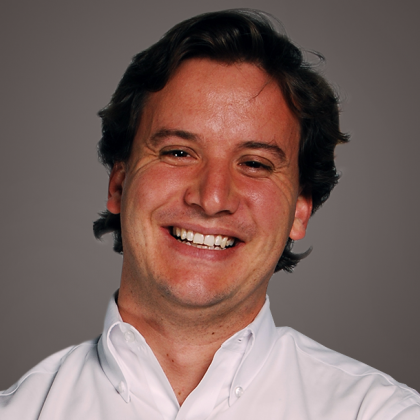 Jason Kravitz, global director of communications for Microsoft Philanthropies, and Juan M. Lavista Ferres (MSC '05), general manager and lab director of the Microsoft AI for Good Research Lab, will present a lecture entitled "AI for the Common Good" as part of the Leading Change: Perspectives from Outside of Medicine "Conversation Series 2021." A Q&A session will follow the lecture.

Please attend the event by using the Zoom link (Passcode: 936907)

Jason Kravitz has a 20-year track record of providing strategic communications counsel to U.S. senators, cabinet secretaries, and technology, health care, and higher education leaders. He oversees communications for Microsoft's global philanthropic efforts, which includes more than $2 billion per year in cash and technology. In his career, Kravitz has taken on some of the toughest challenges at the local, national, and global levels, including childhood blindness in El Salvador, ending homelessness in the U.S., combating women's heart disease, and protecting homeowners from the abuses of mortgage servicers. Previously, Kravitz oversaw communications for Johns Hopkins President Ronald Daniels and helped reshape the local and global conversation around the institution's role in Baltimore. Prior to arriving at Johns Hopkins, he worked at a Washington, D.C., advertising and public relations firm where he provided strategic counsel to some of the world's largest philanthropic foundations and to federal agencies, governors and trade associations. Kravitz served in the Obama administration for four years as a senior communications advisor to U.S. Department of Housing and Urban Development Secretary Shaun Donovan and led the communications and legislative affairs for the Obama administration's initiative to end homelessness. He used his versatile background to support field and communications efforts on multiple political and issue campaigns, including the John Kerry and Barack Obama presidential campaigns, Montana Democratic Senator Jon Tester's campaign, a statewide campaign in California to pass clean energy legislation, and a successful referendum in the Republic of Ireland to pass the Treaty of Nice. Kravitz's previous experience in Washington includes work in foreign policy and communications for Senators Paul Sarbanes and Edward Kennedy, as well as the Peace Corps. Kravitz graduated from Northeastern University and earned his Master of Science in public policy and administration from the London School of Economics.

Juan M. Lavista Ferres is the general manager and lab director of the Microsoft AI for Good Research Lab, where he works with a team of data scientists and researchers in AI, machine learning, and statistical modeling, working across Microsoft AI for Good efforts. This work includes projects in AI for earth, AI for humanitarian action, AI for accessibility and AI for health. Lavista Ferres launched Microsoft's efforts related to combat sudden infant death syndrome (SIDS), and his work has been published in top academic Journals including Pediatrics. His work has been covered by the New York Times, CNN, and USAToday. Before joining Microsoft, Lavista Ferres was the CTO and co-founder of alerts.com. Previously, he spent six years in Washington working at the InterAmerican Development Bank applying data science to understand the impact of programs for reducing poverty and inequality in Latin America and the Caribbean. Lavista Ferres has two computer science degrees from the Catholic University in Uruguay and a graduate degree in data mining and machine learning from Johns Hopkins University.

The goal of Leading Change: Perspectives from Outside of Medicine "Conversation Series 2021" is to help attendees think about ways to improve "the patient experience" at Johns Hopkins by learning from experts in other fields and disciplines. The lectures are open to all members of the Johns Hopkins community and we look forward to seeing you there. In order to allow for an open exchange between the speaker and the audience we will not record or broadcast the lecture.