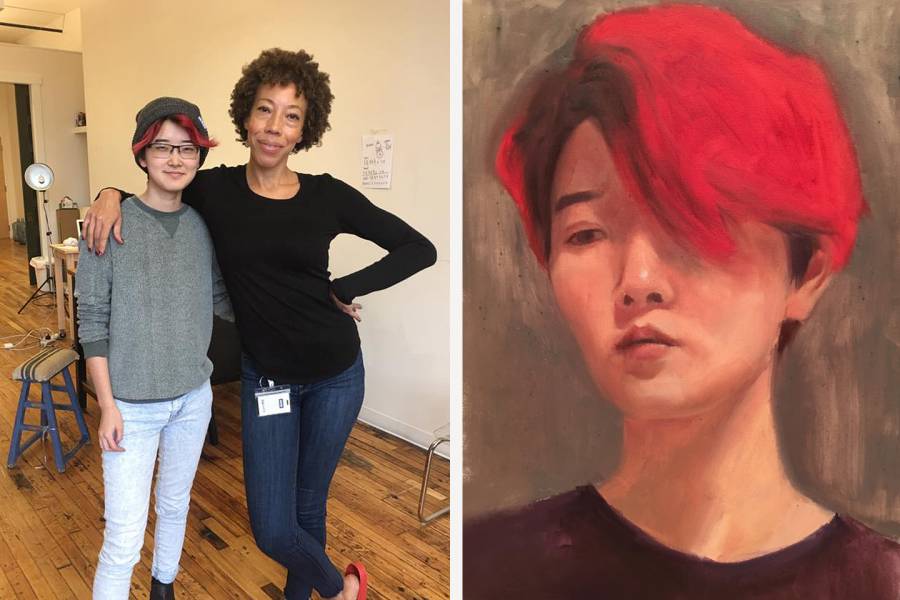 Image caption: Graduating senior Victoria Yeh (left), who was mentored by artist Amy Sherald, wins the Louis Sudler Prize in the Arts for 2019 for her self-portraits (right) and studies of master works

Victoria Yeh, a painter and senior in the Krieger School of Arts and Sciences, has been awarded Johns Hopkins' Louis Sudler Prize in the Arts for 2019. Yeh's $1,500 prize was presented at a special luncheon earlier this month.

Since 1983, the Sudler Prize has been awarded to a graduating senior from the School of Arts and Sciences, the School of Engineering, the Peabody Conservatory, or a fourth-year student from the School of Medicine who, in the opinion of a committee, has demonstrated excellence and the highest standards of proficiency in the visual or performing arts. The award honors outstanding amateurs who are not pursuing their artistic discipline as a major. Past winners have ranged from stand-up comedians to photographers—and even a luthier. 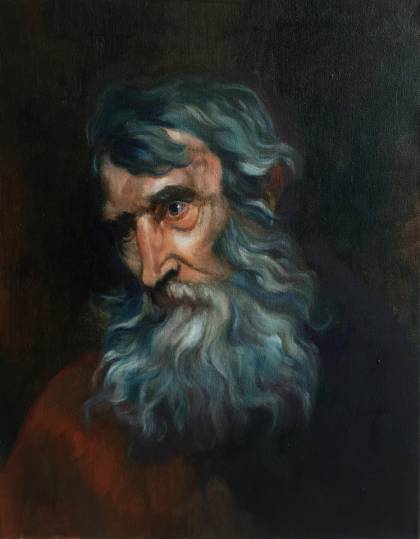 Image caption: A master copy of a work by Van Dyck

"Every year, when the selection committee gathers, we are amazed at the creativity and industriousness of the applicants—and this year was no different," said Winston Tabb, Sheridan Dean of University Libraries, Archives and Museums, who chairs the Sudler Prize Committee. "That we always have such a strong field of candidates to choose from speaks very highly of Hopkins students' commitment to and excellence in the arts."

Yeh—who will receive a degree in Medicine, Science, and Humanities on Thursday—submitted a portfolio of paintings that included self-portraits, nude model studies, and studies of famed works by old masters such as Vermeer and van Dyck. The judging committee was impressed by the range, power, and polish of her submissions, as well as the insight and eloquence with which she explained the commonality between the arts and the sciences.

"My understanding of how intertwined science and art are has been crucial to my time at Hopkins," Yeh wrote in the personal statement that accompanied her application. "'Problem-solving' has always been a major goal in all my classes, whether they be in the sciences or the humanities. Art—painting in particular—is also about problem-solving. The process of simplifying or enhancing certain details or colors to achieve your artistic vision is an essential part of the creative process, and without it you simply have photorealism with no artistic interpretation."

Yeh, who also acted as an artist's assistant for famed portraitist Amy Sherald from November 2017 to August 2018, said her post-graduation plans remain "fairly open," though a move to New York City seems likely. As for how she will spend the Sudler Prize money, she said she hasn't thought much about it but is considering investing it "for future higher education or graduate school—and maybe a video game and some nice new paints." 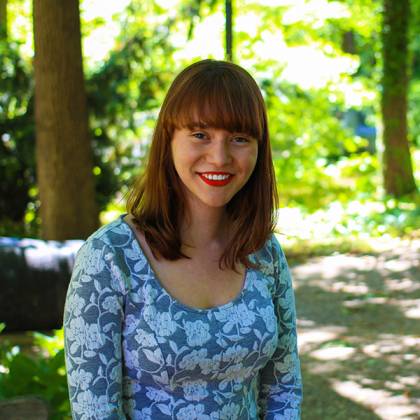 Julia Zimmerman—a fellow Krieger School of Arts and Sciences senior and a budding theater producer, museum curator, and public art administrator—will receive the President's Commendation for Achievement in the Arts, which originated in 1989 to recognize graduating seniors from the School of Arts and Sciences, the School of Engineering, or the Peabody Conservatory who made outstanding contributions in service to the arts. She impressed the Sudler Prize Committee with the extent of her involvement in the arts, both on-campus and off.

At JHU, she held numerous roles within the Barnstormers, culminating in her election as vice president of professional productions for her senior year, during which she produced well-received productions of The Laramie Project and Cabaret. Zimmerman's senior year also happened to coincide with the Barnstormers' 100th anniversary season, around which Zimmerman organized special events, including receptions, staged readings, alumni panels, and archival projects.

In 2018, Zimmerman—supported by an Arts Innovation Grant—organized and curated Present at Peabody, an exhibition that showcased site-specific contemporary art by four student artists from MICA and one student artist from Hopkins at the George Peabody Library. Prior to that, she created an audio guide to the Homewood campus's public art. 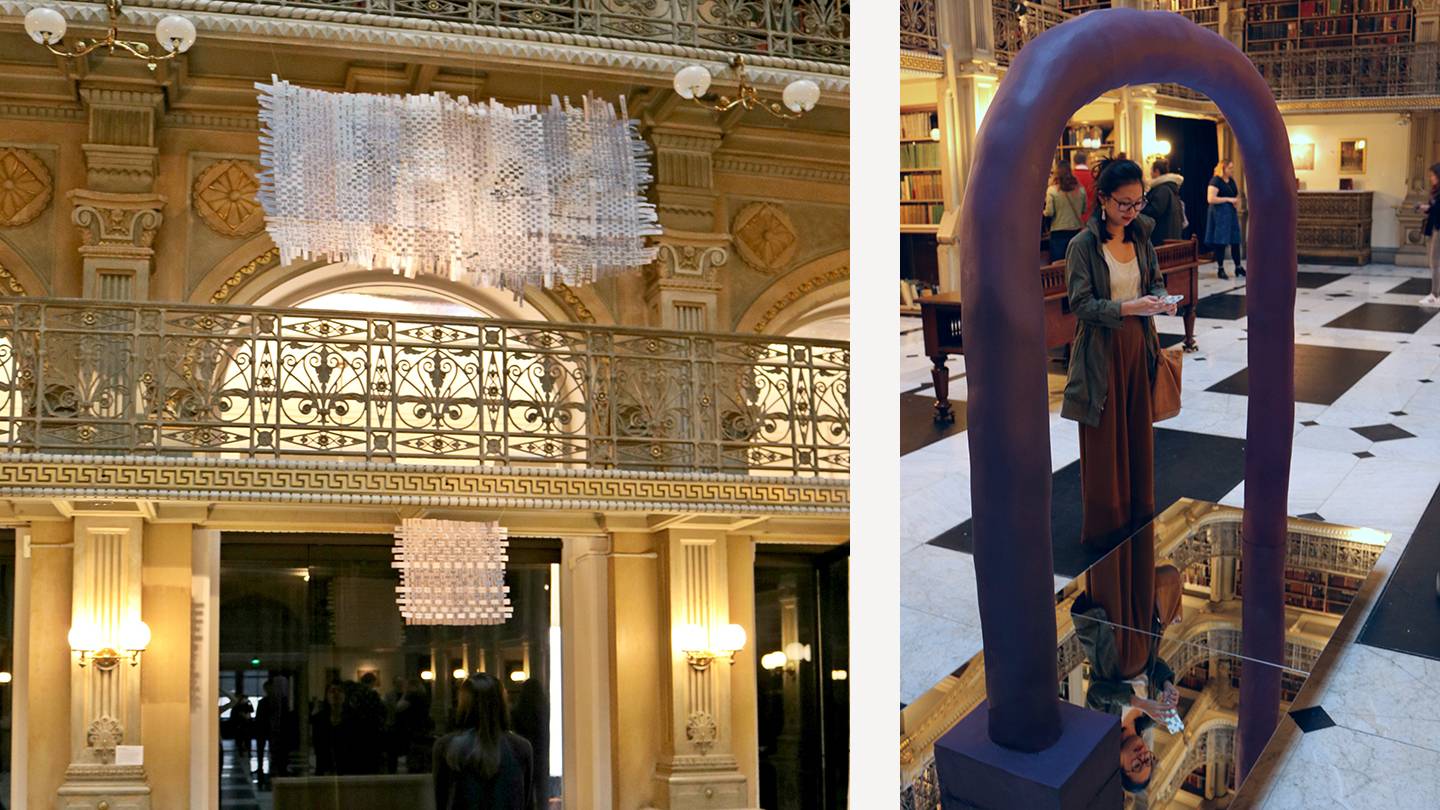 Off campus, Zimmerman—supported by a second Arts Innovation Grant—co-produced a one-act play that was staged at the Charm City Fringe Festival; interned at the Baltimore Office for Promotion & the Arts; and assisted at Artscape, the city's annual arts festival.

Zimmerman says that she took it upon herself to "break out of the Hopkins bubble," and encouraged others to follow suit.

"Baltimore is just so great," she said in a recent email. "A huge part of my decision to attend Johns Hopkins hinged on the ride up to Homewood from Penn Station. I remember driving past all the murals up Charles Street in Station North, just knowing that I needed to get to know the Baltimore arts scene."

As a soon-to-be recipient of dual degrees in Anthropology and History of Art, plus a minor in the Program in Museums and Society, Zimmerman said she feels equipped to dive right into an arts scene—in Baltimore or beyond.

"So many of my courses have been directly applicable to my work within the arts," she said. "I have had the opportunity to learn about everything from art law to conservation, which has been extraordinarily helpful in both implementing my projects and learning skills for future projects." 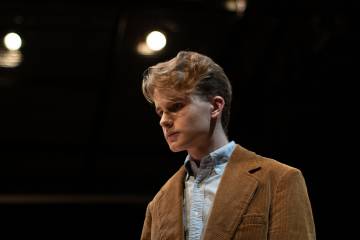 Published Oct 25, 2018
JHU Barnstormers present the story of Matthew Shepard, whose 1998 murder became a flashpoint for the gay rights movement 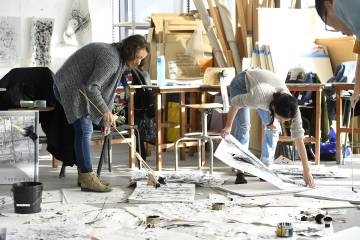 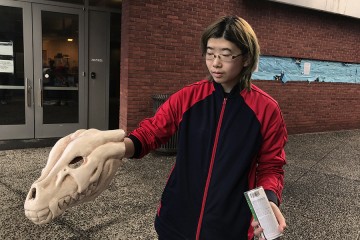