To make a change, ask an abuela

In rural parts of Guatemala, a Johns Hopkins program teaches essential household skills to the people who traditionally lead their families: the grandmothers 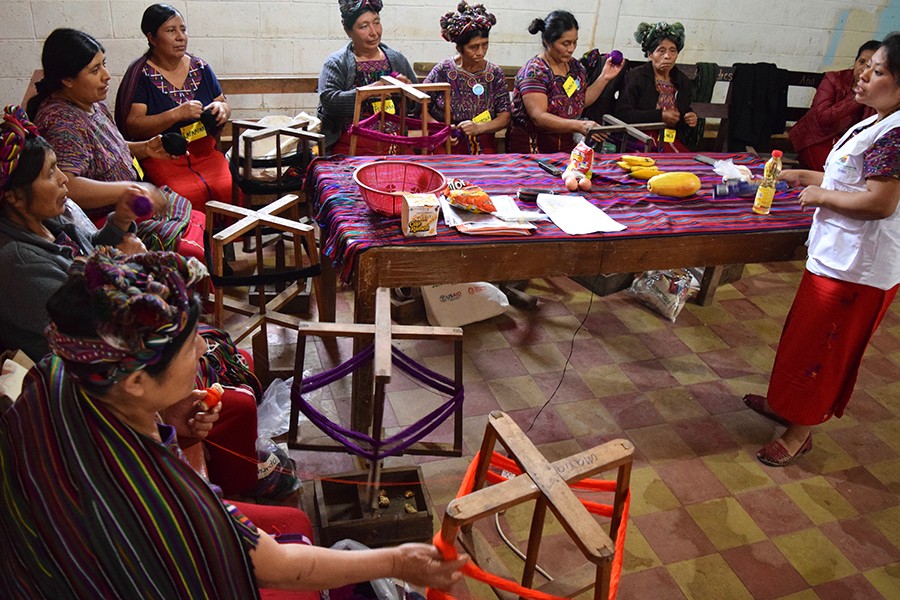 Image caption: A program run by the Johns Hopkins Center for Communication Programs brings grandmothers together to learn skills like budgeting, family planning, and nutrition

For years, health organizations have aimed to reduce malnutrition and disease in the rural Western Highlands of Guatemala by educating new mothers about the importance of breastfeeding, family planning, nutrition, and drawing up family budgets.

But although these new mothers were like sponges who soaked up the new information, there was a gap between their increasing knowledge and their behaviors.

"We were educating young mothers, but they didn't have the ability to make changes within the household," says Patricia Poppe, who directed the Health Communication Capacity Collaborative program in Guatemala. "The family dynamic here places most of the decision making in the hands of mothers-in-law, and yet their importance in the home had not really been considered by health and nutrition programs."

Armed with this greater cultural understanding, the program, called HC3, implemented a shift in its approach by instead addressing the abuelas, who play an integral role in moving the needle to improve nutrition and child health care, and who can work with young mothers to care for new babies. 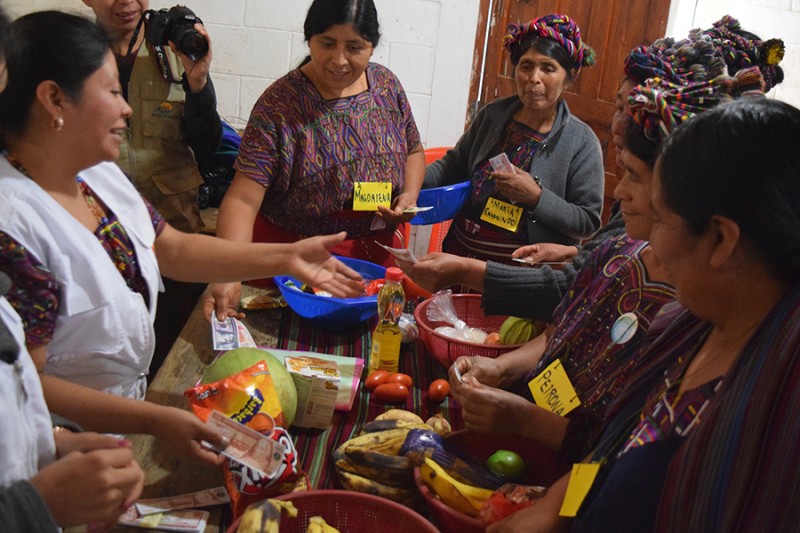 Image caption:Abuelas learn about child-rearing skills like family budgeting and planning a nutritious diet for children

HC3 is operated under the Johns Hopkins Center for Communication Programs and is funded by United States Agency for International Development. The program came to this region of Guatemala in 2014 to collaborate in bringing together the many nutrition-, health- and agriculture-focused programs under a coordinated vision and voice.

Rather than placing all responsibility on young mothers alone to be agents of change, to put their new knowledge into practice and to challenge existing beliefs that put the health of their babies at risk, HC3 focused on the idea that home is the heart of change and that everyone there—the new mother, the new father, and the abuela—has his or her own role to play in healthy behavior choices.

As part of the new communication program—under the umbrella of "Juntos Prosperamos. Nos atrevemos. Avazamos," or "Together we prosper. We dare. We advance"—the abuelas were enrolled in "The Voice of the Grandmothers: Wisdom for Change and Prosperity," a seven-session workshop of their own. The highly participatory meetings allowed them to reflect on their own lives and struggles and learn about how they, as decision makers, could improve the lives of their grandchildren. 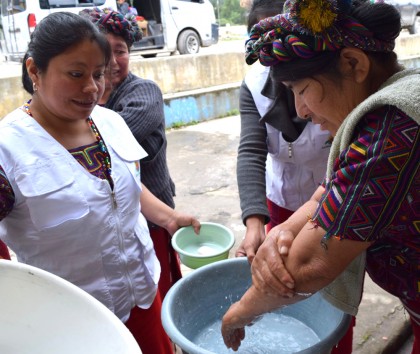 Even more, grandmothers gained skills on how to better communicate with their daughters-in-law on the benefits of exclusive breastfeeding, spacing out births, age-appropriate diets for young children, household hygiene, and budgeting for nutritious meals. They also discussed how the abuelas could be a force of change at home and in their communities.

These grandmothers had once been young mothers themselves, living under the roofs—and rules—of their own mothers-in-law. They remembered what it was like to have so little power in the family. The new lessons taught the abuelas not only about nutrition and hygiene, but how to create a healthier family dynamic.

"Now I see that my daughter-in-law gives her son food, time, and care and is washing his hands. And I see that it's been beneficial for us," a grandmother from the rural village of Rachoquel told HC3 staff.

Said one of her neighbors: "The meetings used to only include young women and they told them everything. This is the first time that they call us as grandmothers, and that makes me feel happy. I used to feel bad, uncomfortable, because nobody told us anything. Now here with you, I feel very happy because you give us the opportunity to participate … to speak."

The lessons of Guatemala could inform programs all over, Poppe says.

"Young mothers have been targeted. Men have also been targeted before, but grandmothers? Rarely. They have so much power in the home, and we weren't paying attention to them," she says. "What we have learned in Guatemala could be used to help make change in communities around the world." 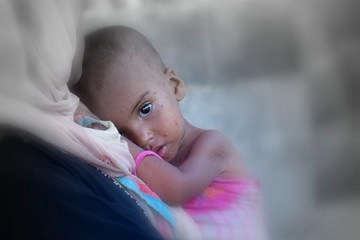 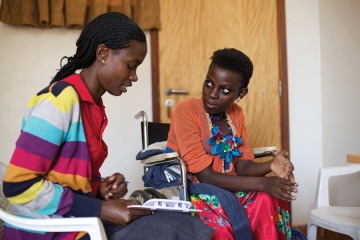